Traverse is an exploration of the phenomenon of borders, reflecting both current socio-political events and a continuing narrative: the border as a physical barrier, its implications, and its porosity. Borders – geographical, cultural, socio-political – have existed since the earliest times.  This exhibition proposes the act of crossing borders as a biological impulse or tendency that is hard-wired into our genetic makeup. 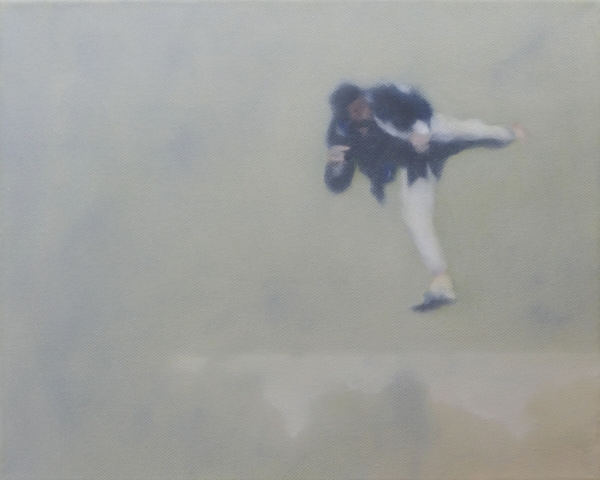 A major strand of this exhibition has involved the making of paintings based on low-resolution images harvested from the internet. Stripped of a specific context, the images transcend their original documentary intentions and assume more malleable, subjective significance. The paintings - such as the Crossing series and associated work - isolate the subject-figures from their surroundings and any localised context, and offer a more universal reflection on the resilience and perseverance of the human condition.

Compulse is an extract of an infra-red surveillance video showing the surreptitious movement of people in transit. The consequence of the low-quality technology of the surveillance equipment used, the shifting and indistinct imagery echoes the unofficial nature of the activity. We have no way of discerning where this is taking place, so, rather like the blurred quality in Wieczorek’s paintings, we can look at this in its generality and universality rather than in the specific details. The work also recalls the imagery of ultrasound screening used in hospitals, and together with the pulsing movement, there is some allusion to innate biological nature as regards the compulsion, and often necessity, to cross lines.

CROSSTALK explores other more spatial thematic responses based on the semiotics and physical manifestations of border environments. The works reference border markings and associated physical structures (such as chain-link fencing, and the ‘Czech hedgehog’ anti-vehicle hardware that featured as part of the Berlin Wall hardware.) Extending this idea, the series of photographs, Borderline, documents the act of imposing arbitrary borders in an otherwise undefined geographical terrains.

The video Awkward presents the attempted negotiation of one person past another in a narrow and cluttered passageway. The process is captured from above. The two participants, the 'dynamic' instigator (in black) and the reactive 'obstacle' (in white), negotiate the act of passage in an awkward and clumsy, but ultimately successful transaction. The use of slow motion magnifies a small and insignificant act into a more universal reflection on the experience of obstacles and how we negotiate them, the slowed-down audio dialogue adding a sense of monumentalist absurdity to the inherent humour of this awkward encounter.

Ian Wieczorek is a visual artist working primarily in painting, video and installation. Since 2003 he has exhibited widely both in Ireland (including EVA International 2018, RHA Annual Exhibition 2013/15/16/18, Claremorris Open Exhibition 2009/14/15/17, CCA:RDS Collective Contemporary Art 2010) and internationally, with participation in group/curated shows in N. Ireland, Germany, France, Portugal, Sweden, Austria, Switzerland, USA and China, and solo exhibitions in Ireland, N. Ireland, UK and Czech Republic. Public art works include Sepulchre and Everything That Rises Must Converge (Ireland 2012/2014), and IUXTA and 00040 (France 2015/2016). He has also devised and curated a number of shows in Ireland, and has undertaken residencies in Ireland, UK, France and Austria. Much of his work has explored the increasing influence of digital technology in locating social and cultural identity. 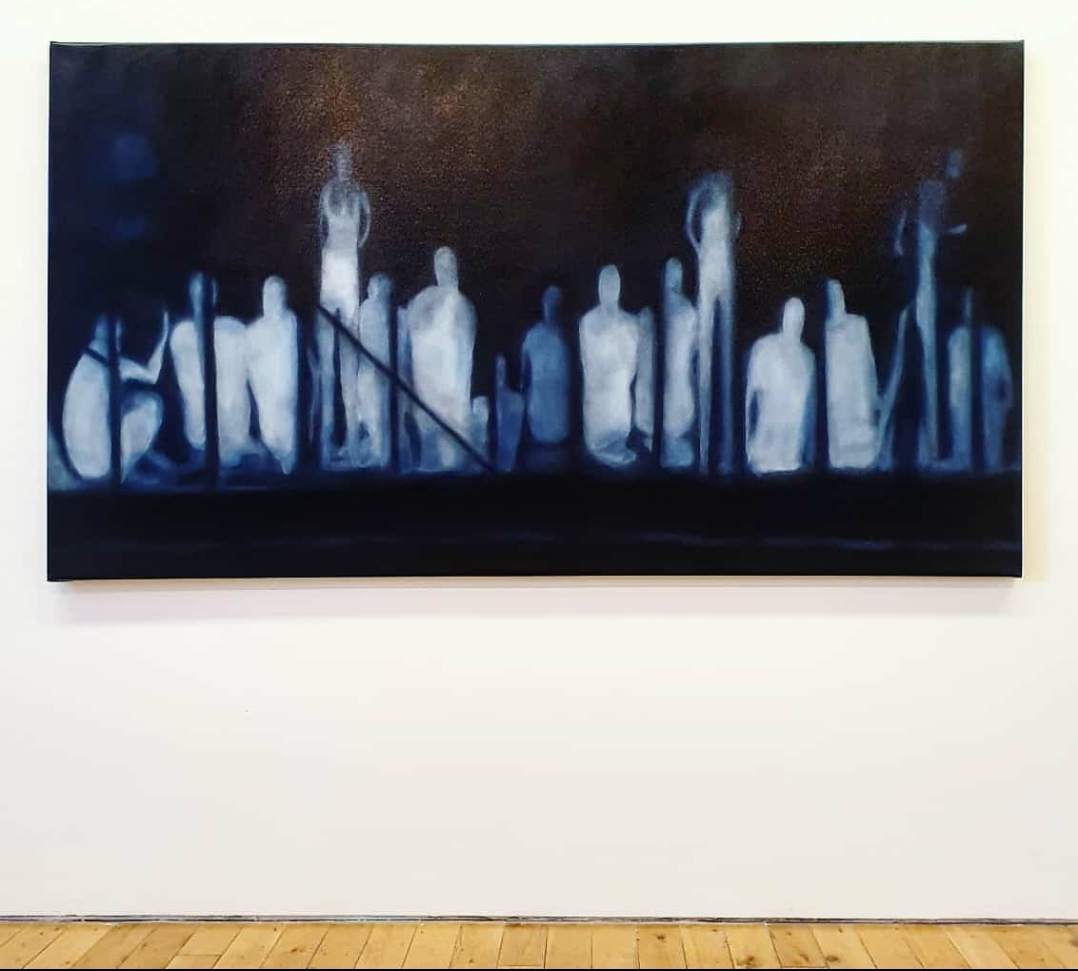 back to top
More in this category: Picking up the Threads:Remaking the Fabric of Care - The Elephant Collective Prologue by Amanda Coogan