Buttered Up by Áine Philips

The Courthouse Gallery & Studios is delighted to present a solo exhibition Buttered Up by Áine Philips in the Red Couch Gallery. The preview of the exhibition will take place on Friday the 2nd of September from 6 to 9 pm. 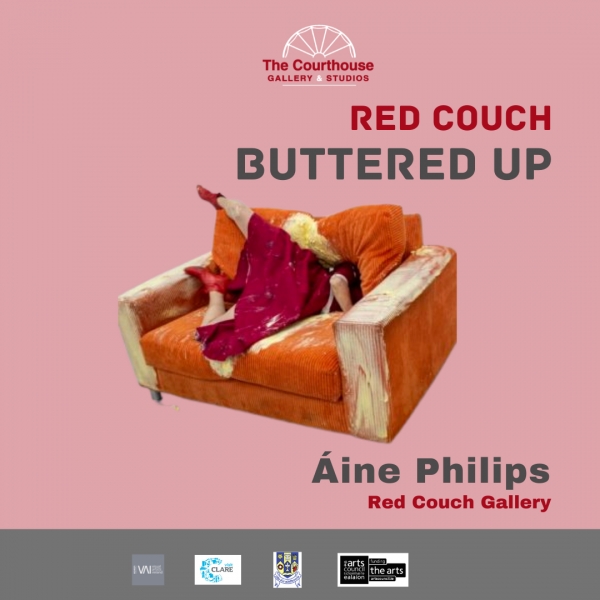 The Exhibition will run until Saturday the 2nd of October 2021.

Buttered Up tells the story of a performance artist who embarks on an improbable journey to explore a visceral underworld of domesticity. She uses a practical method of escapology, quantities of butter and a complete suspension of disbelief to undergo an unusual metamorphosis. The protagonist evades entrapment … or is the domestic frame itself a means of escape?

Áine Phillips will create a sequel performance to Buttered Up in the gallery on Culture Night, 17th September from 5 pm. This new performance will further explore ideas of liberation from domestic entrapment, the transformational life of the unconscious and the potential of metaphysical rebirth.

Áine Phillips is a performance artist based in Galway, exhibiting and performing in Ireland and internationally since the late 80’s. She creates work for multiple contexts; public art commissions, the street, club events, galleries, theatres and museums. Her work deals with feminist philosophy and politics, using art to comment and make propositions on subjectivity, gender and social change. In 2015, she produced and edited 'Performance Art in Ireland: A History’ (Live Art Development Agency/ Intellect Books UK) and publishes regularly in visual art journals and books. Her performative video works and art films have been screened internationally at festivals and exhibitions. She has worked extensively as a curator of performance events in Ireland and the UK. Her work has been supported and collected by the Arts Council of Ireland. She is head of sculpture at Burren College of Art. 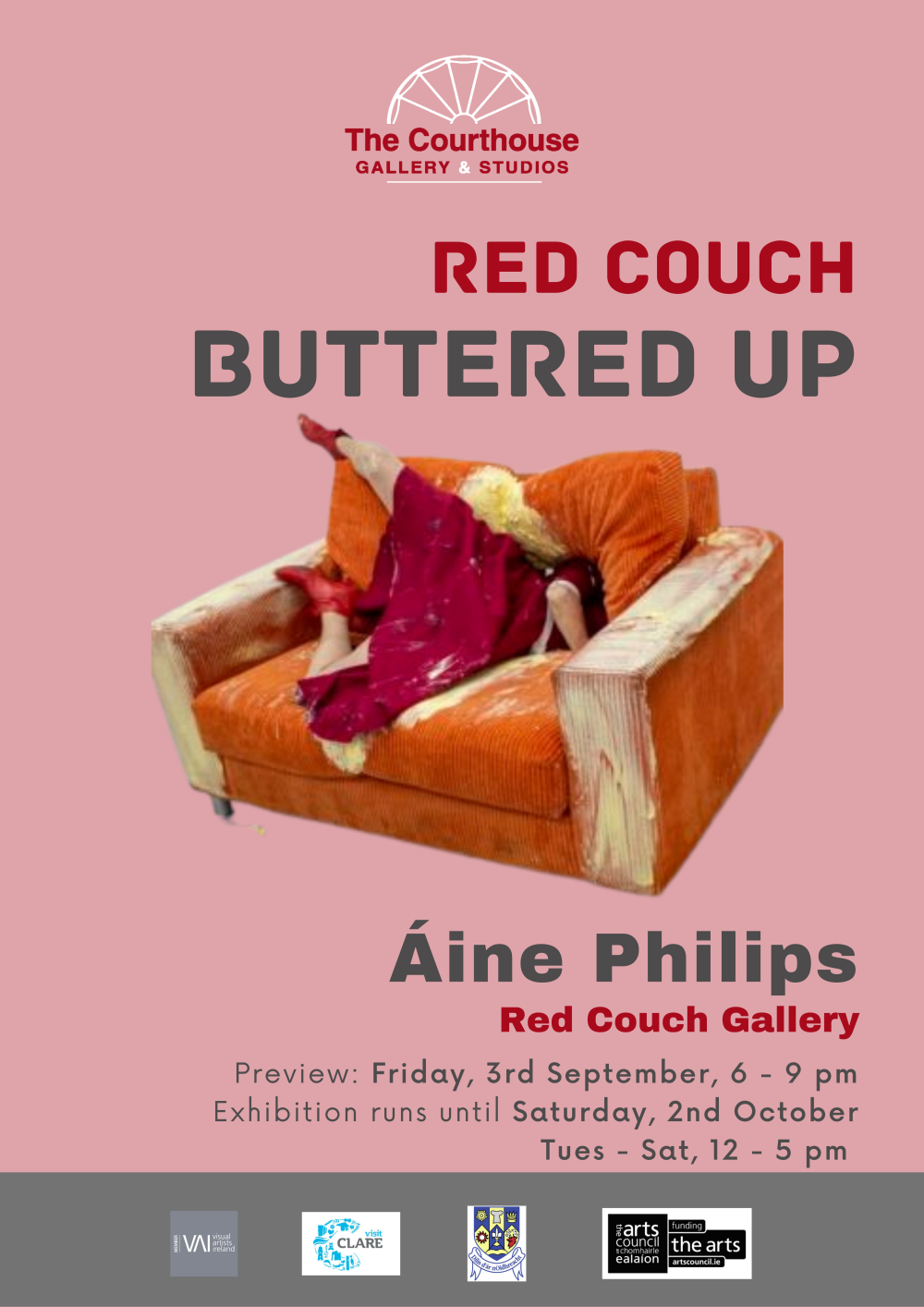 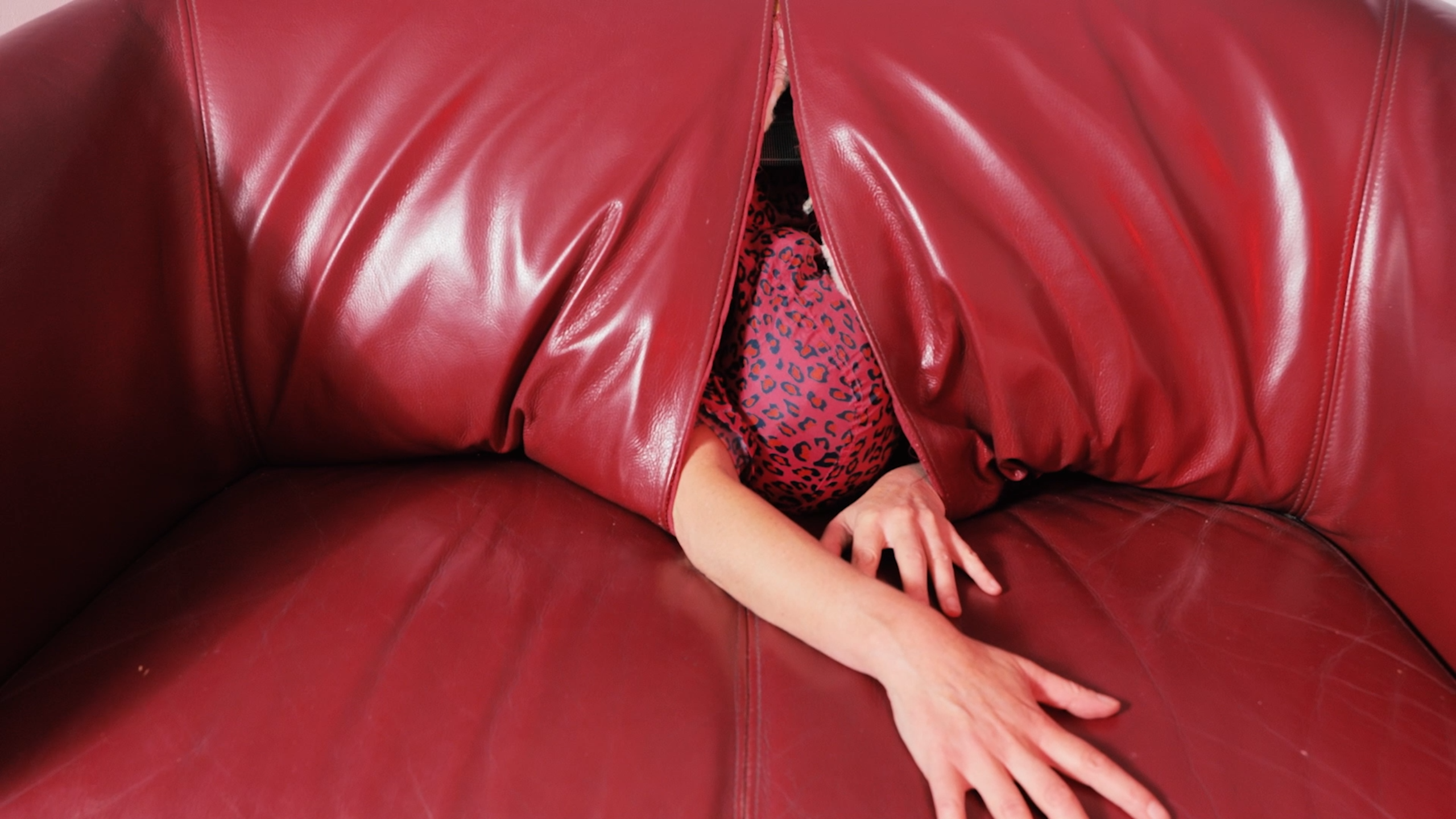 In Escapology (a sequel to Buttered Up 2017 - 2019), Áine Phillips is born again from the mysterious underworld of domestic things. In this performance, she presents a metaphor for transformation and creates an image of change and rebirth, showing how we must struggle to be free. As in the writings of Angela Carter, Phillips sees her performances as a form of fiction that exist as a different type of human experience than reality, ones that can help to transform reality itself. The philosophies of new-materialism suggest that things have agency and there is an ethics of how we relate to non-animate objects in the world. In presenting the red couch as a birthing body, Phillips is freeing up the affective qualities of the non-human and exploring our intimate and symbiotic relationship with things in the world.

back to top
More in this category: Parallel Familiars Abstract View