The Courthouse Gallery & Studios is pleased to present Damien Flood and Niamh McCann a Duo exhibition by the aforementioned artists in The Main Gallery. The exhibition will preview on Friday 5th November at 7 pm and run until December 4th 2021. 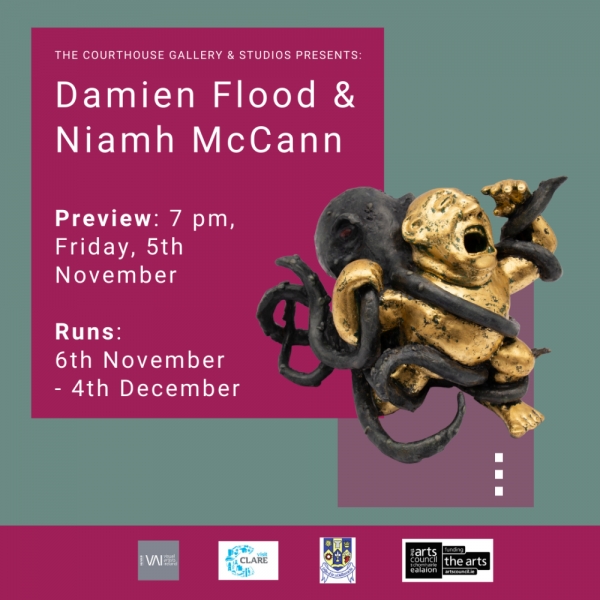 The exhibition is part of the 2021 programme, Gaze Upon - How artists view the world. Within the artistic world, movements tending towards unification of idea and thought are powerless when confronted with the explosion of artistic practice, research and the wealth of emerging and established multidisciplinary visual artists. Contemporary visual arts in Ireland now tend to pursue ideas across all human experience, it pushes to inform or create, to form new experiences or ways of looking at the world. Artists have always had the power to create new, important and meaningful connections for viewers to ideas of anthropological relevance and importance, which in turn facilitates meaningful encounters with culture. The Gaze Upon project seeks to explore the many faceted ways artist look at and interpret the world around us across many important issues, media and style. Curated by Simon Fennessy Corcoran

Irish artist Niamh McCann studied at Chelsea College of Art & Design, London. Within her diverse practice, incorporating drawing, painting, sculpture, installation and video, McCann considers themes of globalisation, urbanisation, travel and the self. McCann has exhibited nationally and internationally since 2000, including solo exhibitions at Void, Derry; Dublin City Gallery The Hugh Lane and The Cable Factory, Helsinki. Her work is represented in public and private collections, including Limerick City Gallery and the London Institute Collection, Chelsea.

Flood has been selected for the John Moores Contemporary Painting Prize in 2008 and 2010. In 2014 he was the recipient of the Elizabeth Fitzpatrick Travel Bursary administered by the Royal Hibernian Academy and in 2015 was awarded the DLR Lexicon 2016 Commission. Most recently Flood was awarded the Eigse Hotron Award 2017. Publications include: The Figure in the Carpet, 2018, Theory of Two Centres, 2017, Afterworlds, 2013, Spectral Gallery, 2011, Selected Works, 2010. 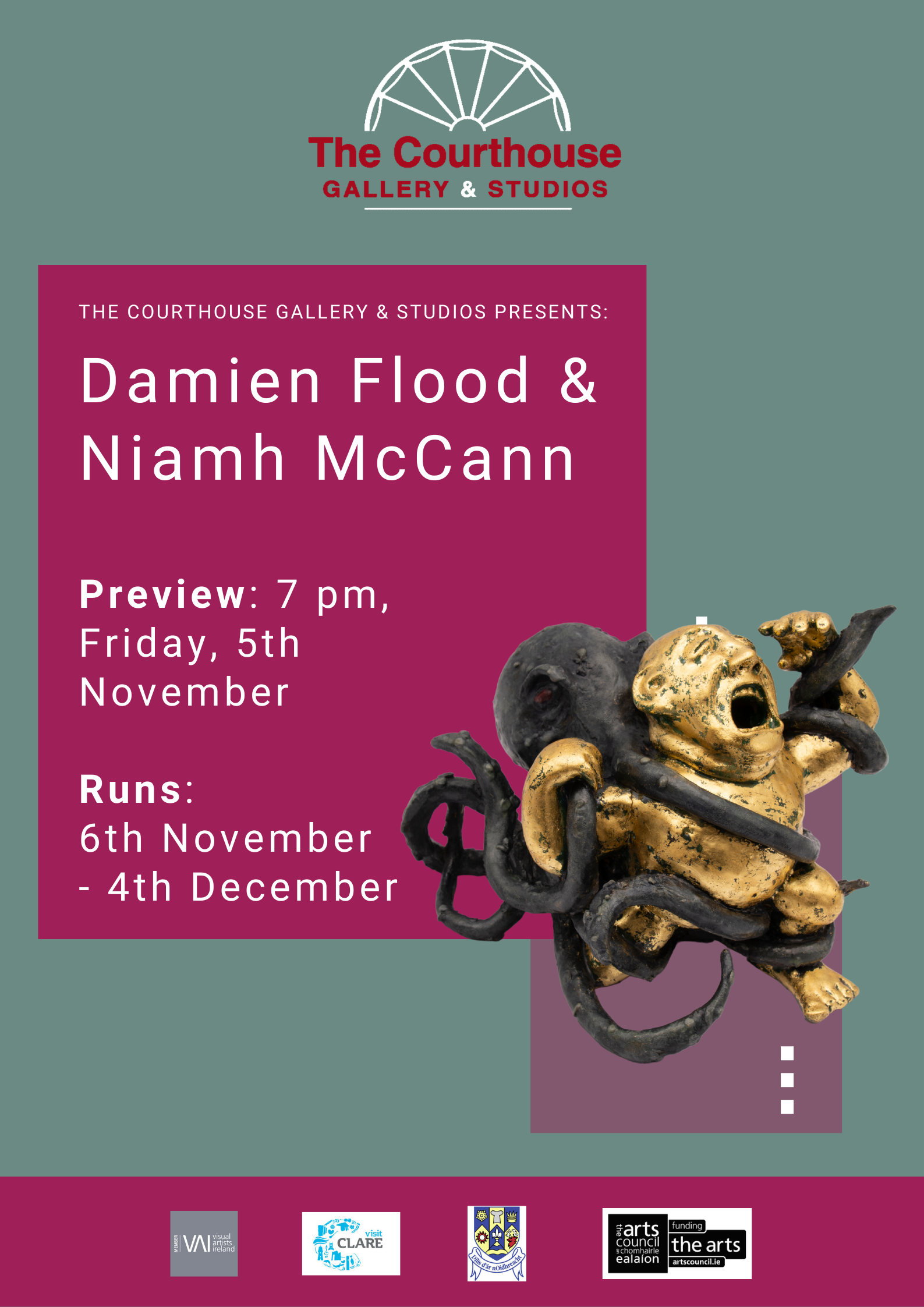 back to top
More in this category: Winter Open & Trasna X Red Illuminates